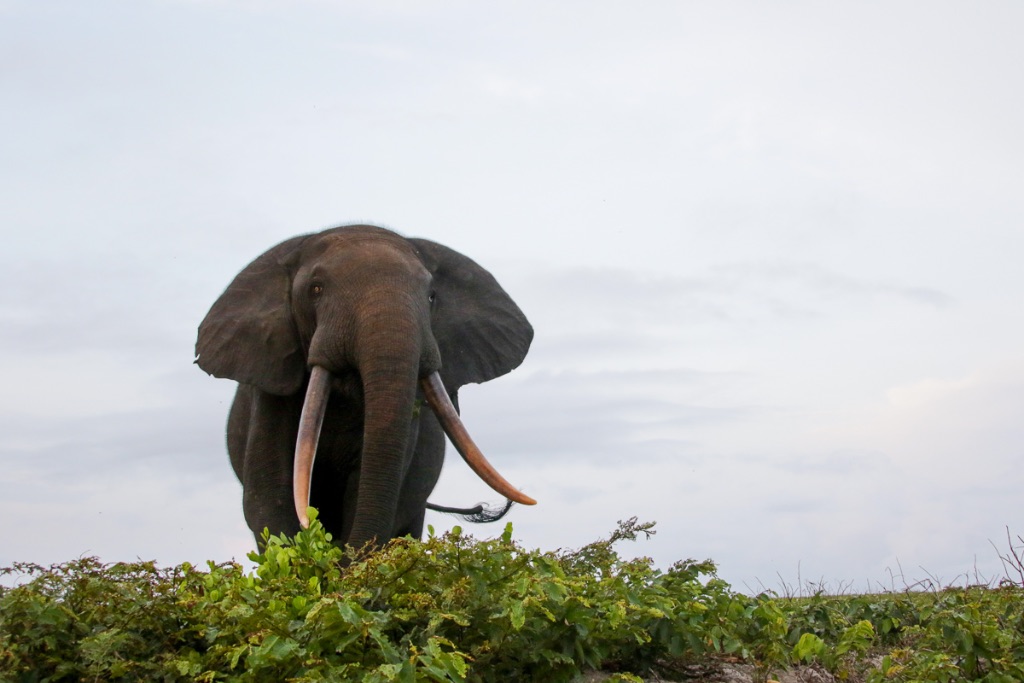 09/04/2017
This was a lure fishing trip to west Africa organised by a South African company called Tourettes Fishing for 6 of us meeting up 2 other anglers in Gabon. The trip involved a flight from Birmingham to Paris then Paris to Libreville the capital of Gabon followed a night in a hotel then by 2 further internal flights the following day with a company called Afrijet a very efficient outfit with friendly staff good planes with flights on time. 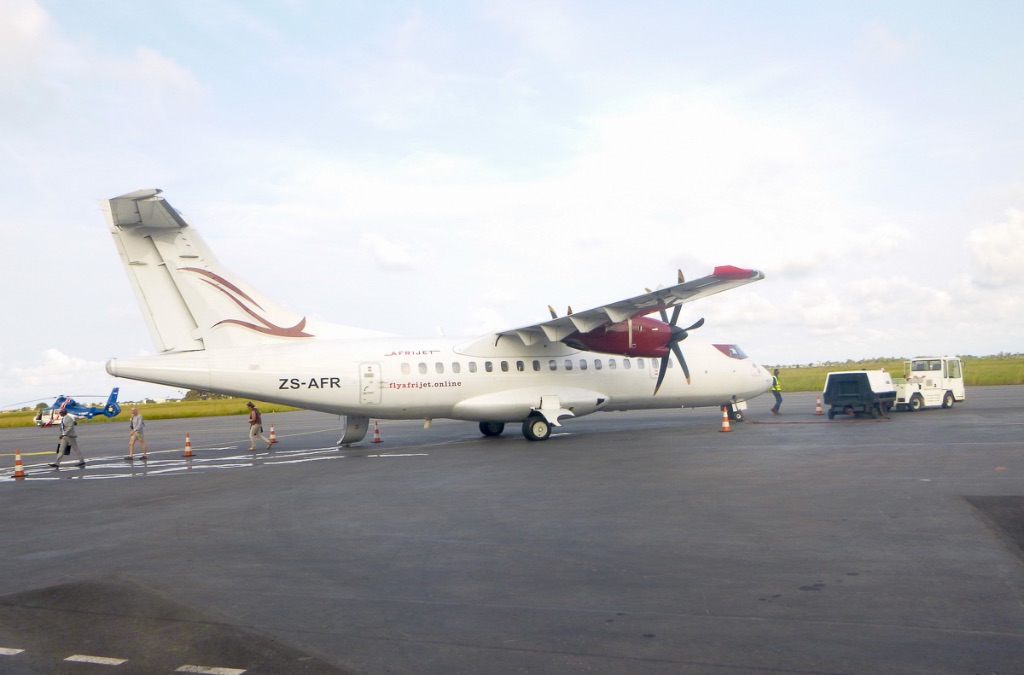 We stayed at Sette Cama Lodge owned by a lovely french couple Eric & Nadine a rustic lodge with twin bedded bungalows and a central building for meals, relaxing and having a few beers, set on the the Loango lagoon. 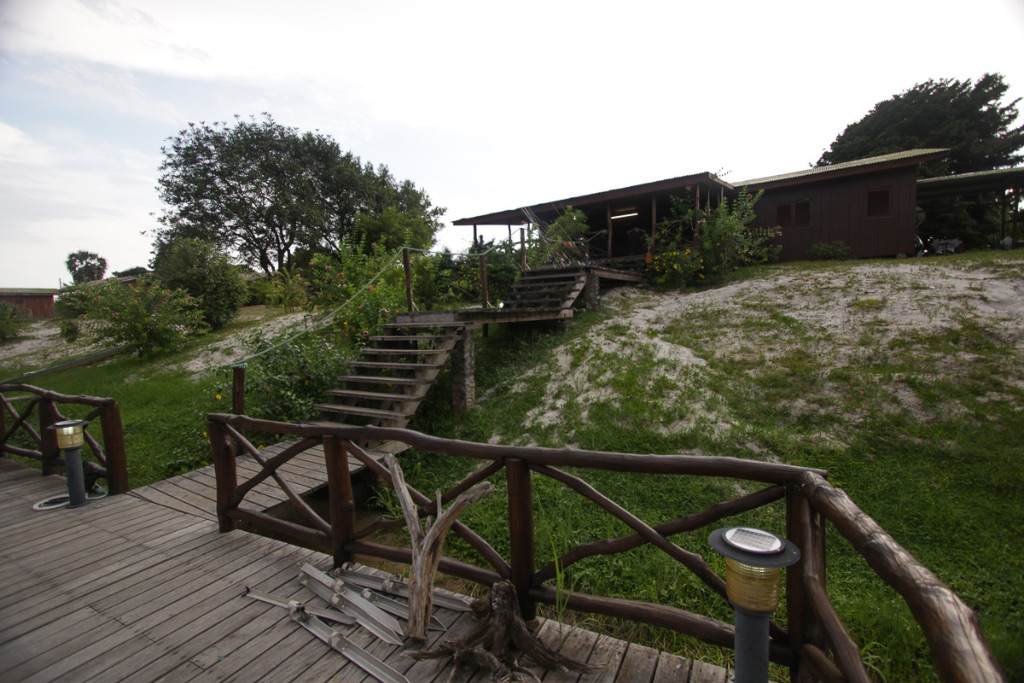 The food was continental breakfast including, porridge,cereal,ommeletes,eggs,toast and jams with the lunch and evening meals mainly fish served in an amazing varieties of well presented ways, you will not starve at this lodge but you have to like fish. 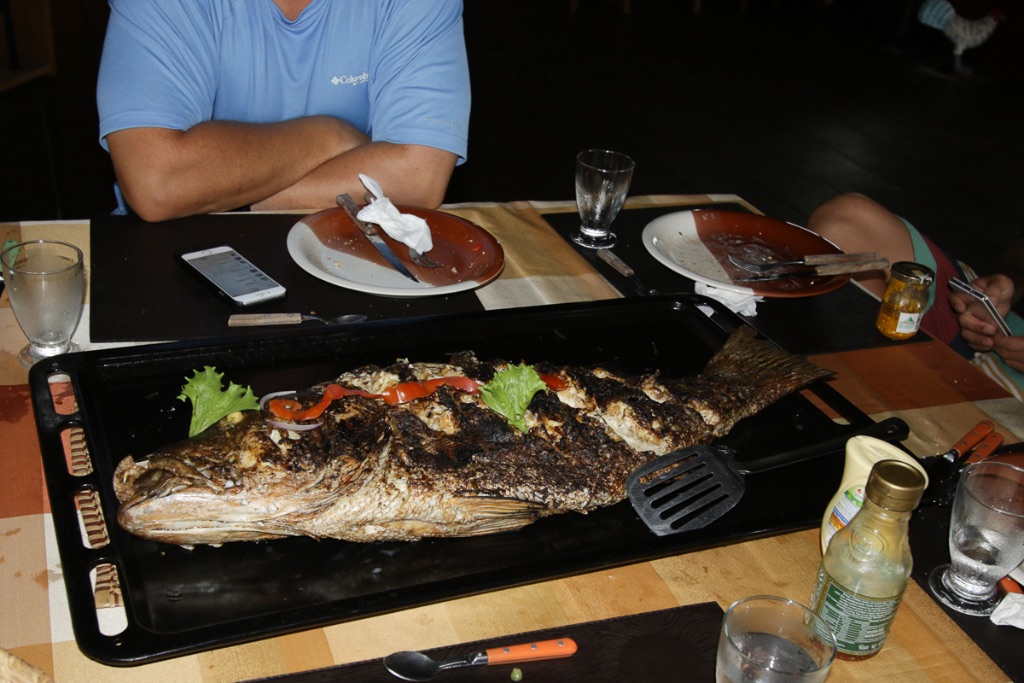 The fishing is mainly with lures from the beaches in the surf around the lagoon mouth in the evening then from boats with smaller lures and flies in the lagoon at first light. When we arrived it had not rained for over 3 weeks this affects the surf fishing as the rains flush the lagoon which sends all the nutrients out into the surf which brings the big predators closer to the beach within casting range. We did anchor one of the boats in the mouth of the channel and lure fished further out from the beach to reach the fish which was successful but fishing in strong currents on a lumpy sea in the dark is not for the faint hearted but did catch fish including Giant African Threadfin,Tarpon,Cubera Snapper,Kob and Jack Crevalle. 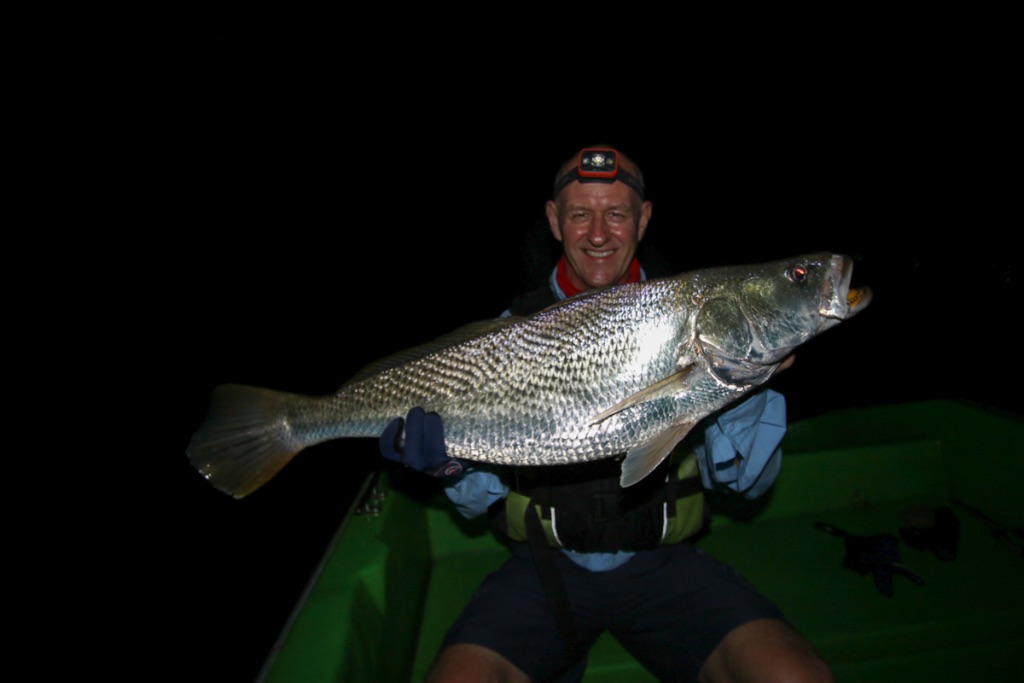 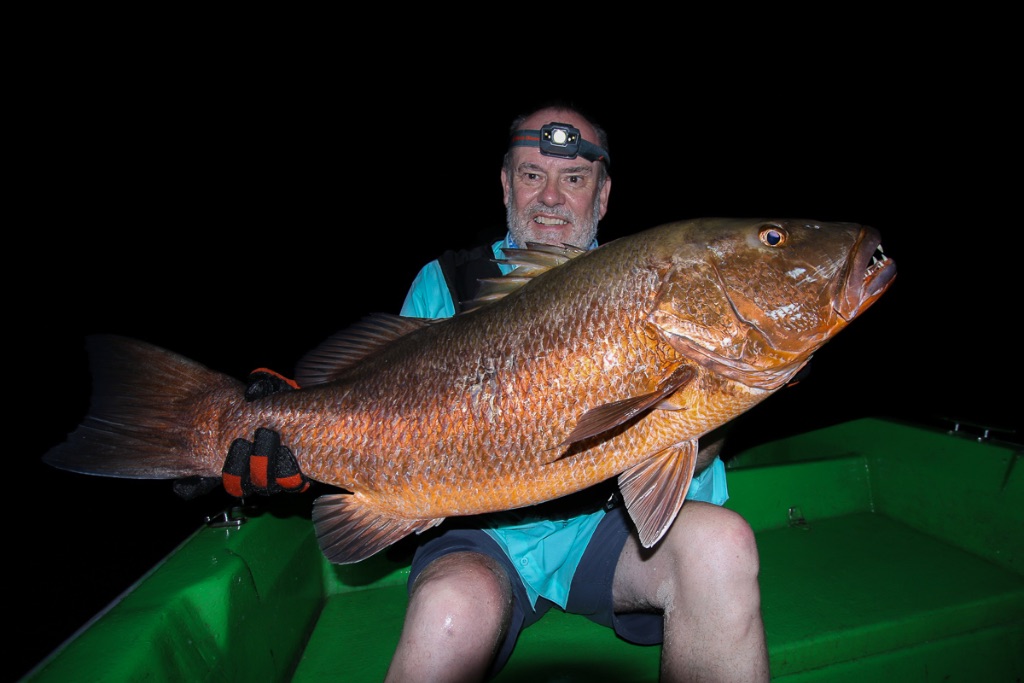 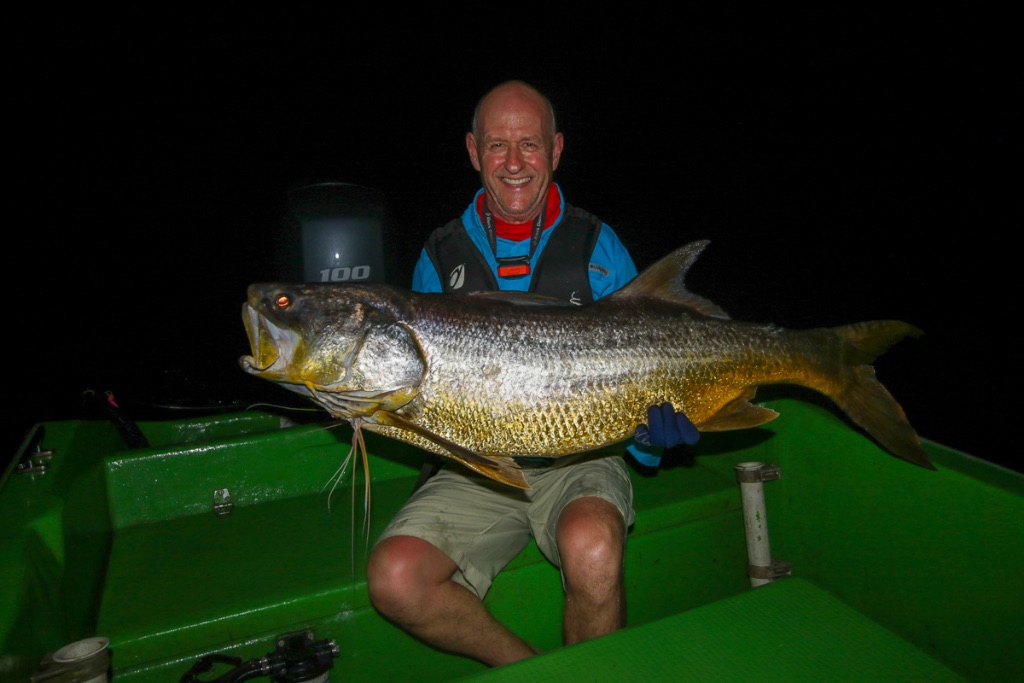 Gabon is a lovely country larger than the UK with a small population of 2 million with the majority of the country covered by rain forest. We saw elephants every day with one particular large bull elephant coming in to camp on 2 evenings digging up paths and causing disruption for several hours but a wonderful experience for us to see. We saw hippos in the lagoon on several occasions plus snakes and water monitor lizards a lovely backdrop when fishing. 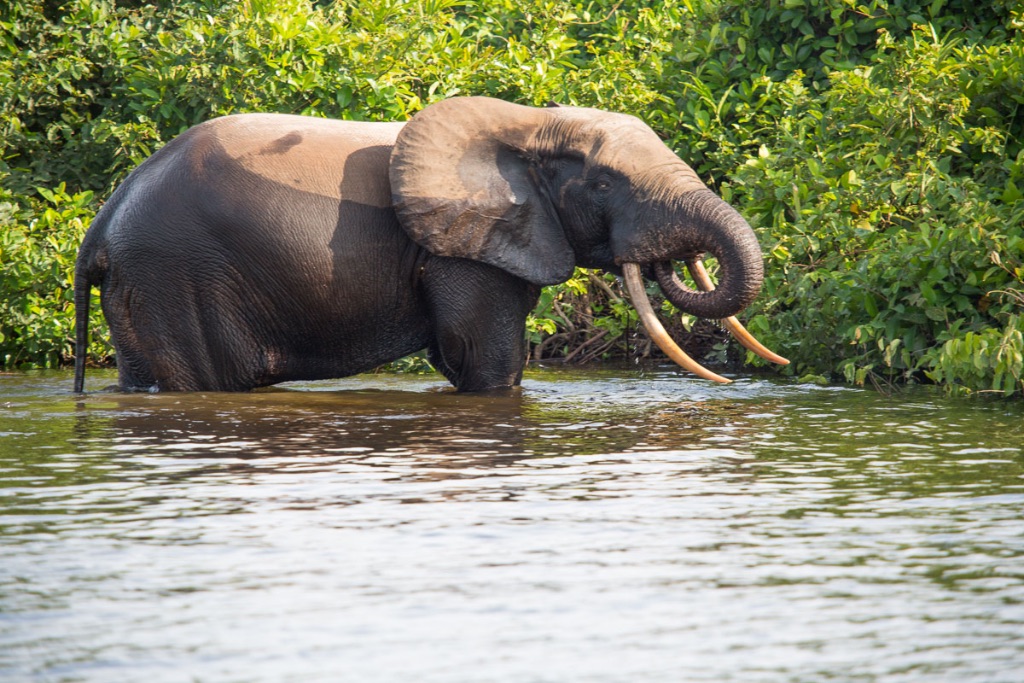 The early morning lagoon fishing was excellent with the boats being surrounded by long fin jacks attacking baitfish on many occasions with topwater lures being hit time after time giving great sport on light spinning gear. A few of us had a go at saltwater fly fishing in the lagoon having great sport with the jacks, barracuda and snappers making for several arm aching battles. The skippers of the boats were very knowledgeable and helpful giving advice on different lures, landing fish and areas of the vast lagoon to target. 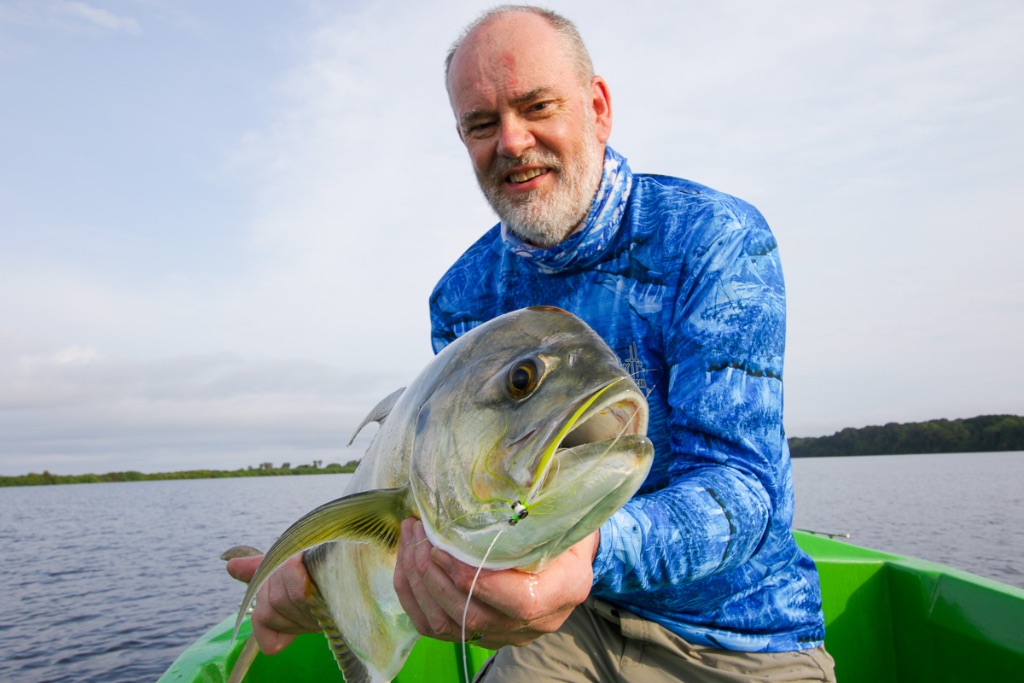 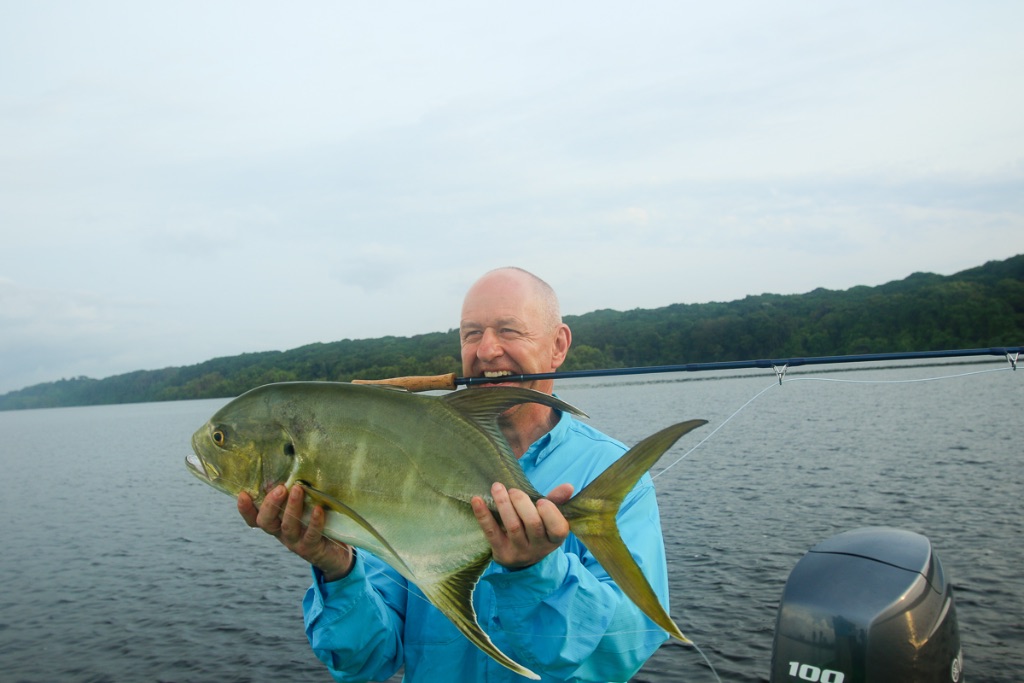 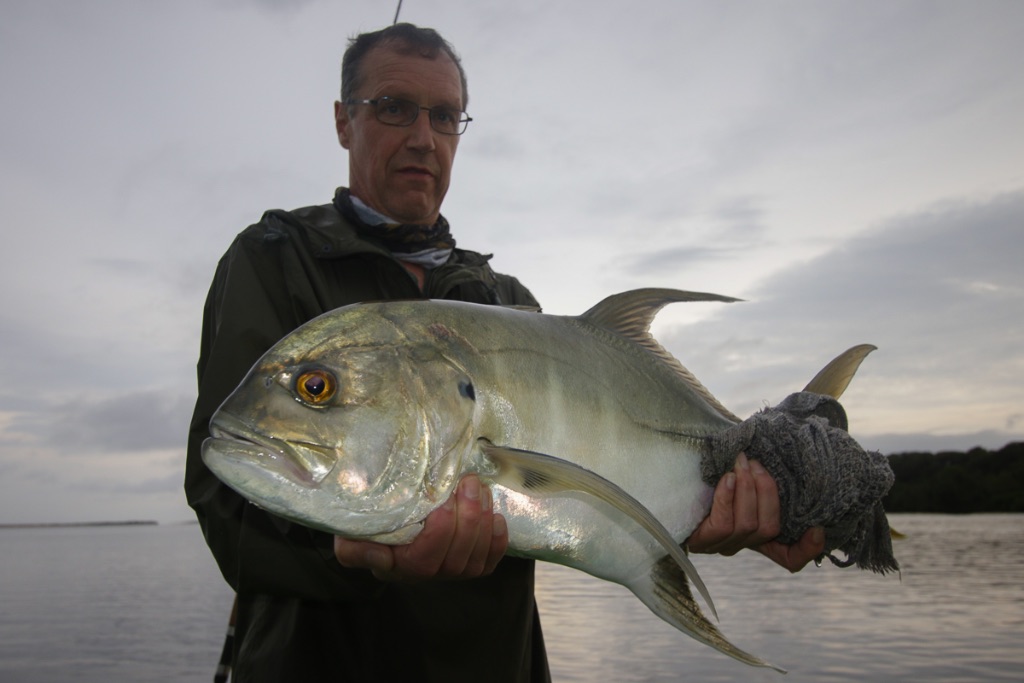 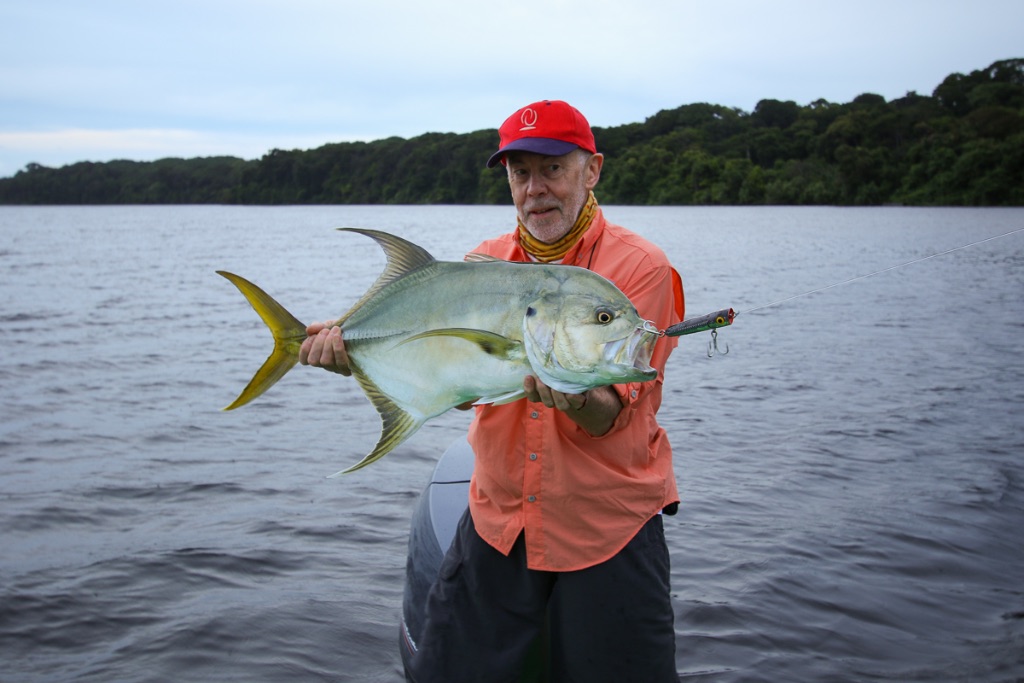 The Tourette guide at the camp was Mark Murray a South African who was excellent constantly giving information, advice, tying on leaders and photography making the trip run very smoothly
and a real nice guy as well. We all enjoyed the trip it was just a shame the beach fishing was such hard work for such little reward, we understand that on these trips weather can make or break the trip but its a long way to travel and not the cheapest of trips at around £4000 including flights when the shore fishing which is what you travel for may not produce. 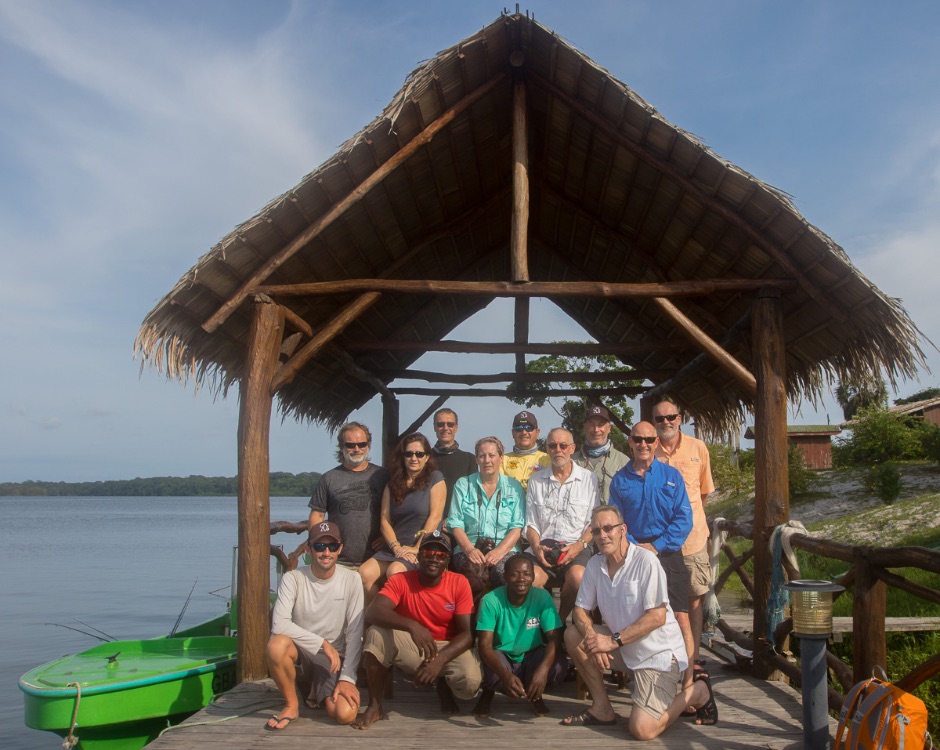 We had a great time at lovely camp with a real fun group of people.
Next
Previous